You are here: Home / Lifestyle / 10 Best TED Talks For College Students That Will Change Your Life

Looking for the best TED talks for college students? You need to read this post and know the 10 best TED talks. Everyone should watch these TED talks carefully before their 25! This post may contain affiliate links, which means I'll receive a commission if you purchase through my link, at no extra cost to you. Please read the full disclosure here.
This post is all about TED talks for students.

Let’s ask a question first: Why should I stay up late when I am clearly sleepy?

I guess everyone knows the hazards of staying up late, but they must deliberately ignore it.

Living in a hurry, living a painful life, most people’s calendar quo is similar: they work at 7 am, and they rest at home at 10 pm. The daily free time can be calculated by minutes.

Why is it so? Many people attribute the reasons to work and study, saying that they take up our little rest time.

In fact, we regard body penetration as the capital of our endeavors. The result will be a vicious circle, with low physical fitness and self-defeating.

This speech vividly described the importance of sleep. Pete Walker said that sleep is your life-maintaining system. It impacts learning, memory, the immune system, and even genes that no one can ignore.

2. Pamela Meyer: How to spot a liar

Every one of us in our lives is a “liar.” Indeed, we are full of lies around us; whether they are kind or malicious, it is difficult for us to detect and distinguish.

On average, one person has to face about 200 lies every day. If you can identify one thing or a person by identifying the lie, many problems will be solved.

This is the importance of spotting lies. Pamela Meyer uses simple and easy-to-understand language to show us a richly human world of philosophy.

3. Apollo Robbins: The Art of Misdirection

It’s amazing if you can manipulate a person’s attention. What would you use it for?

Apollo Robin sampled an audience on the spot. Without the participants’ knowledge, he easily took off his watch and put it in his hands. The audience applauded.

From the live performance of Apollo Robin, one can see the importance of paying attention to one person. It affects our judgment all the time, and once the focus deviates, it is easy to draw wrong conclusions.

At the end of the speech, Apollo Robin corresponded to the beginning and asked: “What did I wear today?” There was an uproar in the audience. No one expected that he would change his clothes without the audience’s awareness.

The art of misdirection is not about stealing someone else’s wallet quietly, nor is it about controlling someone else as you want, but rather allowing people to discover the charm of attention and let you understand people’s weaknesses.

As one of the world’s greatest picks, even if Apollo Robin possesses superb technology, he only steals his watch to understand people’s behavior and habits and share his achievements.

4. Cesar Kuriyama: One second a day

Give you one second every day, what do you want most?

What can be done? Cesar Kuriyama revealed to us the answer: remember the past and leave memories.

Cesar Kuriyama started recording one second of videos every day at the age of 30, and when he is 80 years old, these videos would have a combined length of 5 hours.

During these 5 hours, it is necessary to record his time. Every every moment is a wonderful part of his life.

He wants to look at the past again at the end of death, rather than leave with regret.

From now on, you can also record your daily life for one second every day. After one year or another, you will see obvious changes, and you will see what you have tried to survive.

5. Julian Treasure: How to speak so that people want to listen

After graduation from college, I realized that speaking is indeed a technique that cannot be avoided.

In the early days of my business, I accidentally got many orders because of being able to talk, and because I said the wrong thing, I messed up important cooperation.

Fortunately, I found this speech on my crazy search for self-improvement.

Julian Treasure summarizes the seven most common mistakes in speech and guides them through the 7 levels of divination, others’ judgment, spreading negative energy, complaining, borrowing, whitewashing, and exaggerating, stubbornness will make it easier for people to accept.

This is simply a speech full of great advice and easy-to-follow tips.

What Meg Jay said is very good: 30 years old is not a new 20 years old, so please recognize your adulthood; get some identity capital, use your less direct relationship, choose your family; don’t be limited by things you don’t know, the decision-making power of life is yours.

Simply put, there are three points:
1. Forget about self-recognition of the crisis, and get some identification capital. Identity capital refers to doing things that increase self-worth. 2. Don’t overestimate your own circle of friends.  3. Choose the people and things you want consciously. It’s not like choosing a person who chooses you to get married.

A word for you: While you are young, use your strong body and active spirit to earn more resource.

Why are we happy?

I never thought about this problem until I watched Dan Gilbert’s speech and was deeply inspired. It turns out that happiness can be synthesized, and the happiness of synthesis can be real and lasting.

There is a sentence I think he said very well: the expectations and concerns of each of us are exaggerated to a certain extent. By choosing our feelings, we can produce what we are constantly pursuing.

We have enlarged many scenes in our life, such as a person who is about to give a speech, is extremely nervous, and trembles; in fact, is the speech terrifying? No, it’s because we exaggerated our worry and over-feared the result to be confused by this.

When Dan Gilbert mentioned choices, I really wanted to throw out one sentence: Many times, it is not that there is no choice but too many choices.

“We can make happiness, even though we always think that happiness is something that needs to be pursued hard.”

It turns out that the purpose of figuring out why happiness is to create happiness and make life more meaningful.

8. David Blaine: How I held my breath for 17 minutes

Have you ever seen a magician who can play off the screen for 17 minutes?

I have seen! David Blaine talked about the difficulties of 17 minutes under the screen. Behind the magic is actually presented, there is a will that is often untouchable.

He is different from ordinary magicians and stuntmen. He tries to get the audience’s approval with real performances, and he is right with the attitude that everything is possible.

I found it unbelievable. The 6 minutes under the screen is almost the limit. It is hard to imagine how much hardship Brian has endured, and he can’t realize his fear of losing oxygen.

Do you think that David Blaine is afraid of death? He must be afraid that the goal will not be completed after his death, afraid that all the previous efforts will be spent, afraid of being seen as the loser. But these can’t stop his idea of ​​success. He firmly believes that if he fails, he will start again. If he fails, he will come back in another way.

At the end of his speech, he said that he wants to show those seemingly impossible things as a magician, whether it is under the screen or playing cards. It is all about repeating practice and constantly trying.

This is what magic means to him, and it should also be our attitude towards life: do what we like to the extreme, endure those harrowing moments, and do everything we can do.

One of the most popular speeches in TED.

Robinson is an excellent speaker. The whole video can make you laugh from start to finish, but it is justified and self-evident while making people laugh.

If a person is trapped in the mindset defined by the existing knowledge and the exercise thinking habits cultivated in today’s schools, even a genius will lose the ability to innovate.

Therefore, he is not talking about education, not schools, but the entire human society.

10. Clifford Stoll: The call to learn

It is hard for you to imagine a cute and clever scientist telling the unparalleled science on the TED podium.

Although so many years have passed, the impression he left on me is still lingering.

Grandpa Clifford Stoll’s scientific experiments are wonderful to me. Behind these experiments, there are some living principles. I can only describe him with cuteness and rigor.

During his speech, he constantly switched topics. Because he said that the lecture time is limited and takes a lot of time to experiment, so he only demonstrated the fastest way to measure factors.

So, that’s it! After watching these 10 TED talks, you will gain the pleasure presented by the videos, and also gain great joy and valuable experience. This post was all about the best TED talks for students.

110 shares
How To Be A Good Girlfriend: 20 Proven Tips From Happy Couples
45 Best Things To Talk About With Your Boyfriend: Fun And Deep 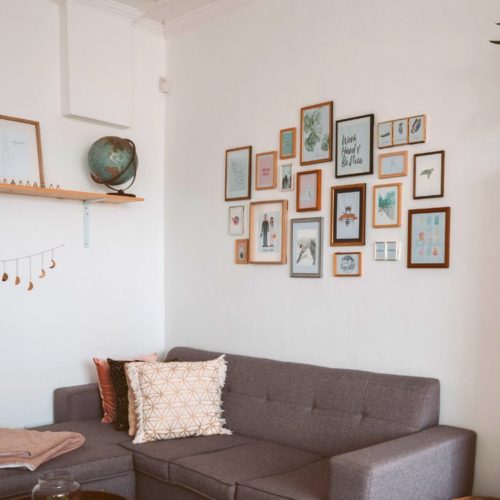 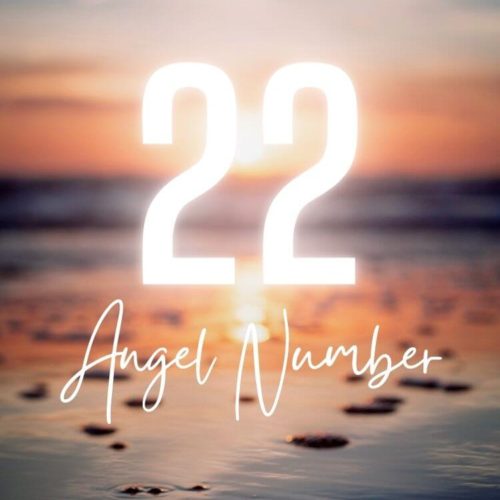 Meaning Of Number 22: Numerology, Symbolism, And Why You Keep Seeing This Angel Number 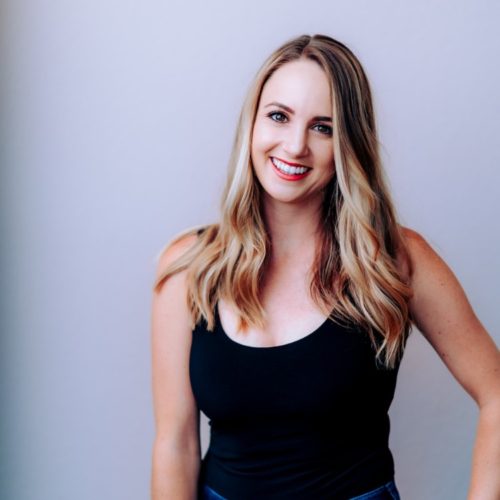 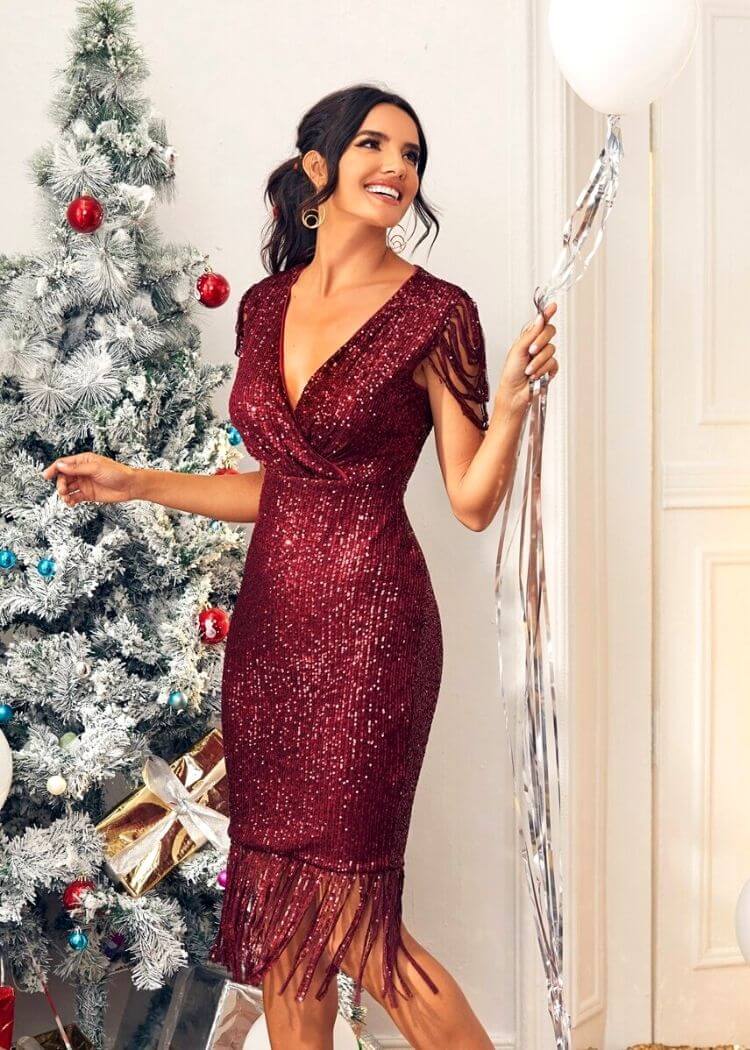